This year, I decided not to make any big resolutions or anything else. We have a lot to do around the house, and as such, most of our plans will be focused on getting that stuff accomplished. I’m also hoping to do a few personal development type activities, so there may be more on that later.

This post is going to go in another direction now, as Kian had a great experience at a birthday party this past weekend that I thought I’d share with y’all. January birthdays are hard to plan, because we’re all pretty much stuck inside at this time of year. A resourceful Mum from Kian’s school found a fantastic option: a group cooking class at a nearby grocery store!

The party took place at Loblaws (the one located at the foot of Jarvis Street on Toronto’s waterfront) – we arrived, parked in a covered lot, and headed upstairs to where there is a seating area that overlooks the lake, and a giant, bright, beautiful kitchen and classroom area. There were about 30 children accompanied by one or two parents each, and the room held everyone easily. 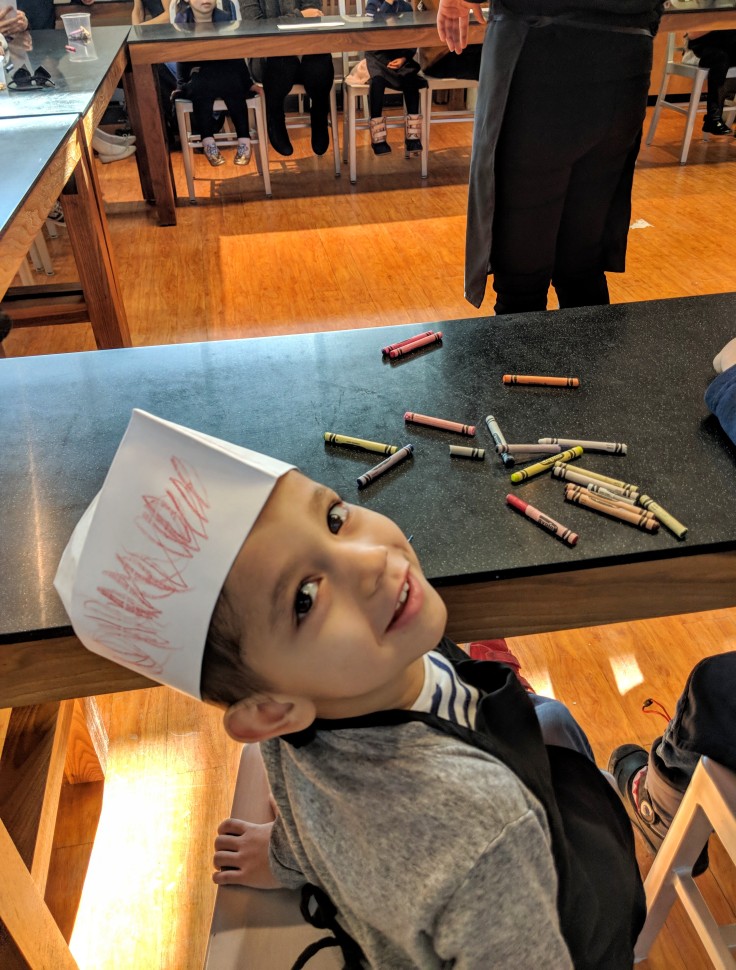 The class leaders were both young women who were able to get and keep the kids’ attention – no small feat when you’re dealing with 3-5 year olds. The structure was simple – every kid would make a pizza, a fruit kebab, and ice/decorate a cupcake. The ingredients for the pizza required preparation, so every kid was given a safety slicer, a block of cheese, some green pepper, pepperoni, and pineapple, and told to chop away. And yes, Kian’s name was written upside down on his little paper hat because I am not that clever.

Pretty much every kid took to the task immediately. Kian was pretty stoked to be able to do the activities that are usually reserved for his Mummy. The only issue he had was trying not to snack on the cheese and pepper.

After everything was chopped, the leaders gave each kid a round of pizza dough and a small bowl of tomato sauce. The kids stretched the dough out themselves on a sheet of parchment paper with their names written on them, and then topped it with everything they wanted.

After the little pizzas were collected and put into the oven, fruit and skewers were distributed (with a funny/gentle warning not to poke anyone with the skewers) and the kids set about making kebabs. Adorable to watch 30 small children concentrate hard on getting each piece of fruit threaded exactly right, and then eating the whole thing gleefully. 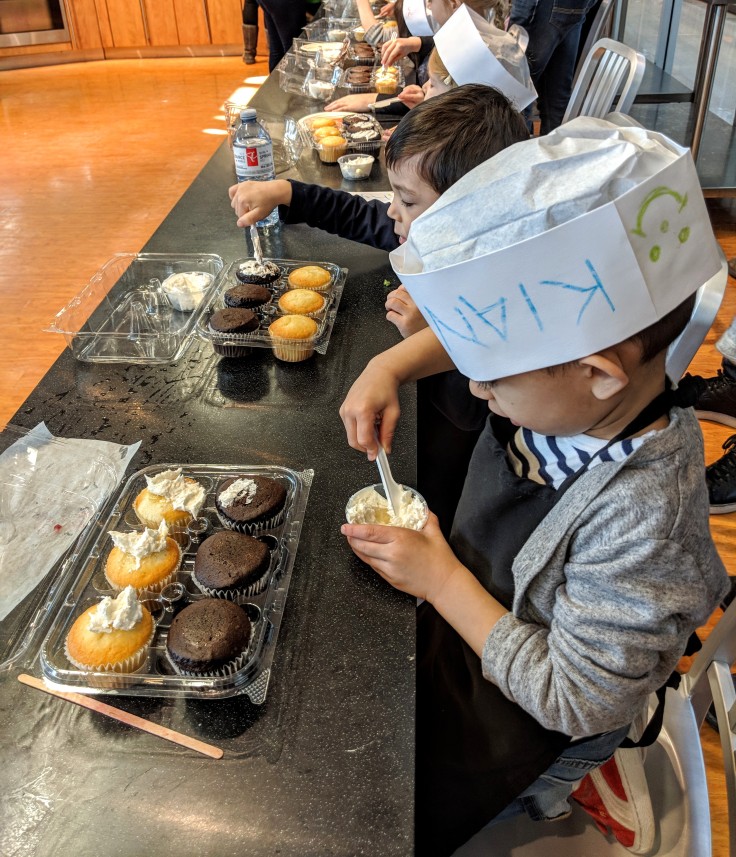 Finally, it was time to eat – the pizzas were distributed back to their creators and inhaled. Even Kian, who has never eaten pizza before without breaking it back down into its component parts, willingly ate it as-is.

Finally, it was time to sing Feliz Compleanos to the birthday girl, and watch her make a wish.

The whole party took two hours, the kids left having learned some of the fun stuff about what goes into making food, and also with a take-home box of cupcakes. This is a great option for an indoor birthday celebration where everything is taken care of, and fun is basically guaranteed.

Have you ever done a birthday party cooking class for yourself or your kid(s)? Let me know what worked/didn’t work in the comments!

This is a text widget. The Text Widget allows you to add text or HTML to your sidebar. You can use a text widget to display text, links, images, HTML, or a combination of these. Edit them in the Widget section of the Customizer.